Religion and spirituality are two aspects which can be easily taken for granted. They are presumed to be determined by ones choice of belief, but these are essential factors in everyone’s life that by far affect people’s concentration, relaxation and peace of mind, not to mention the physical and ethical socialization that they come with, especially spirituality.

Many spiritual traditions have a long history of using contemplative practices to increase compassion, empathy, and attention, as well as quiet the mind. 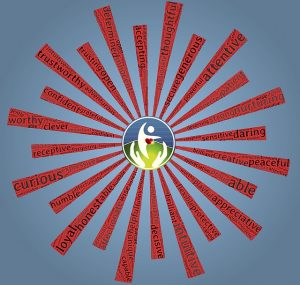 Prayer may elicit the relaxation response, along with feelings of hope, gratitude, and compassion—all of which have a positive effect on overall wellbeing. There are several types of prayer, many of which are rooted in the belief that there is a higher power that has some level of influence over your life.

Yoga is a centuries-old spiritual practice that aims to create a sense of union within the practitioner through physical postures, ethical behaviors, and breath expansion. The systematic practice of yoga has been found to reduce inflammation and stress, decrease depression and anxiety, lower blood pressure, and increase feelings of wellbeing.

Depression is a condition that freaks many people. Rushing up and down in search of ways to control its effects, people mostly bypass one detriment which is simple but very effective. Spirituality and religion can be reliable solutions to depression, but they are never given the credit.

Depression is important to treat not just because of the emotional distress but also because of the increased risk of suicide. In a systematic review that examined 68 studies, researchers looked for a relationship between religion and suicide. Among these, 57 studies reported fewer suicides or more negative attitudes toward suicide among the more religious.

In a recent Canadian cross-sectional study, religious attendance was associated with decreased suicide attempts in the general population and in those with a mental illness, independent of the effects of social supports.19 Religious teachings may prevent suicide, but social support, comfort, and meaning derived from religious belief also are important.

More recent studies indicate that the relationship between religion and depression may be more complex than previously shown. All religious beliefs and variables are not necessarily related to better mental health. Factors such as denomination, race, sex, and types of religious coping may affect the relationship between religion or spirituality and depression.

Negative religious coping (being angry with God, feeling let down), endorsing negative support from the religious community, and loss of faith correlate with higher depression scores.

Young children need religious and spiritual input in their lives as they grow. These not only help them in school, but come in handy even after they are done with their studies. Those with a well bound spiritual and religious foundation are at a better chance than their counterparts at the job market.

A recent study found that religious children are more likely to believe fictional tales and have a tougher time separating fantasy from reality. But that’s not all that bad. Believing in fiction and having a creative mind can be beneficial in brain development. Psychology Today, for example, found that pretend play is good for children.

One expert said learning about religion is extremely important from a psychological standpoint for young kids. Dr. Erika J. Chopich wrote that kids need to believe in something greater to fully push themselves to excel.

Religious majors are more likely to be employed.